We took the time to carry out this project with care and with all our heart.
Not to be in the air of the times but simply because it looks like us….
By betraying as little as possible our pretty 1905 home.

Le Rêve d’Aghon, A GUEST HOUSE WITHOUT COMPROMISE FOR YOUR COMFORT.

We have put all our love into the layout of our house to enhance your stay. With us, you will only find objects and materials that are simple, ecological and with the lowest possible environmental impact. It is a bet on the indispensable future in this fragile world, an eco-citizen project for our planet.

• 3 minutes walk from the city centre

On request or by appointment, you can benefit from additional services or entertainment.

All in shades of white and cream like a snow-laden sky, the “Les Flocons de Millaris” suite will delight you with its sobriety and elegance.
Like a blue space between the clouds, blue notes gently colour the room.

Night of the Naiads

Like the young aquatic nymphs, the suite “Night of the Naiads” is simple and warm. Made of wood and coloured clays, it will transport you into this universe of wonderful legends.

Escape to an industrial setting in the attic of our guest house, on the 2nd floor.
Admire the views of the Pic du Midi, La Vierge du Bédat, the city and our garden. 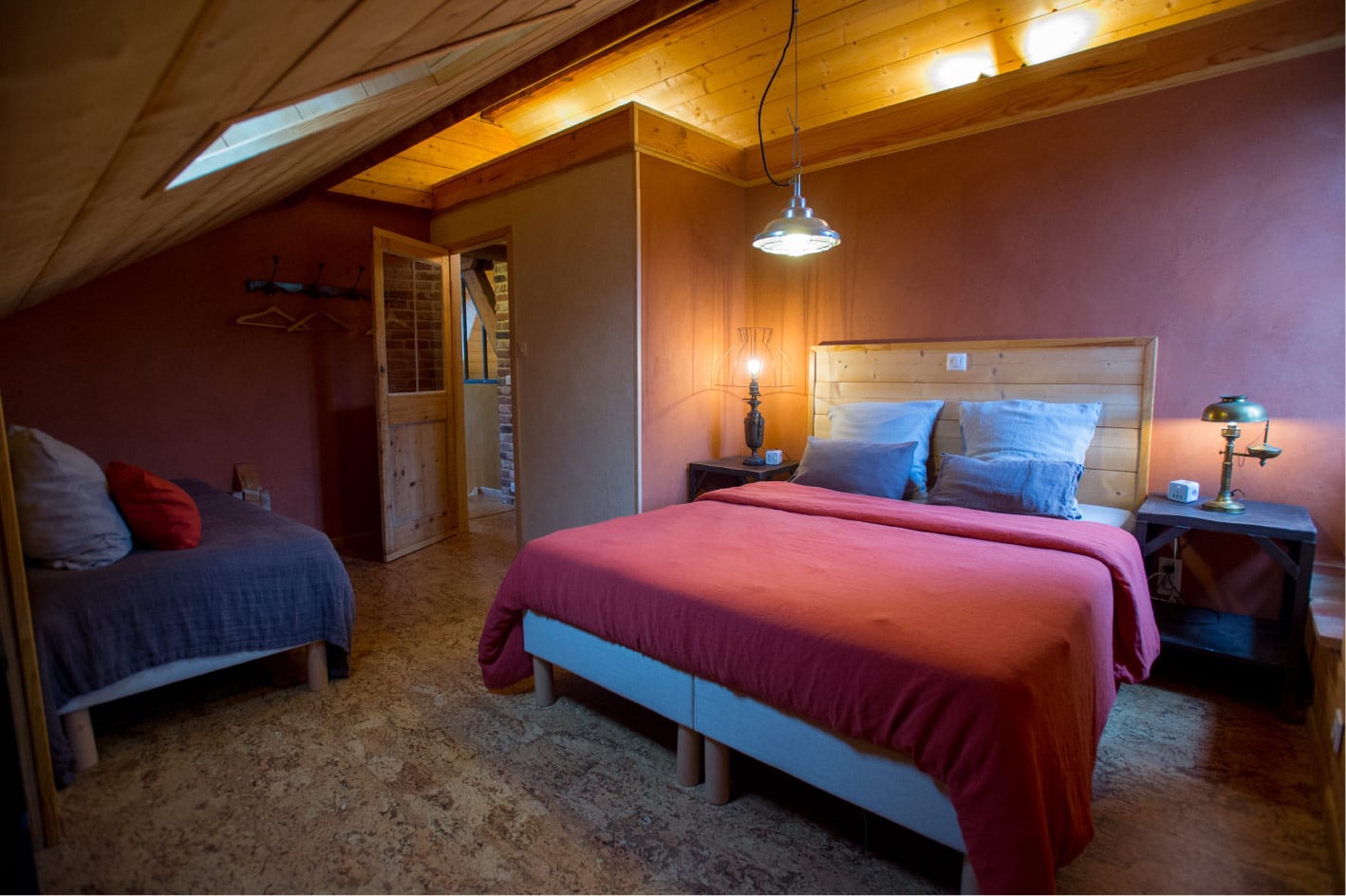 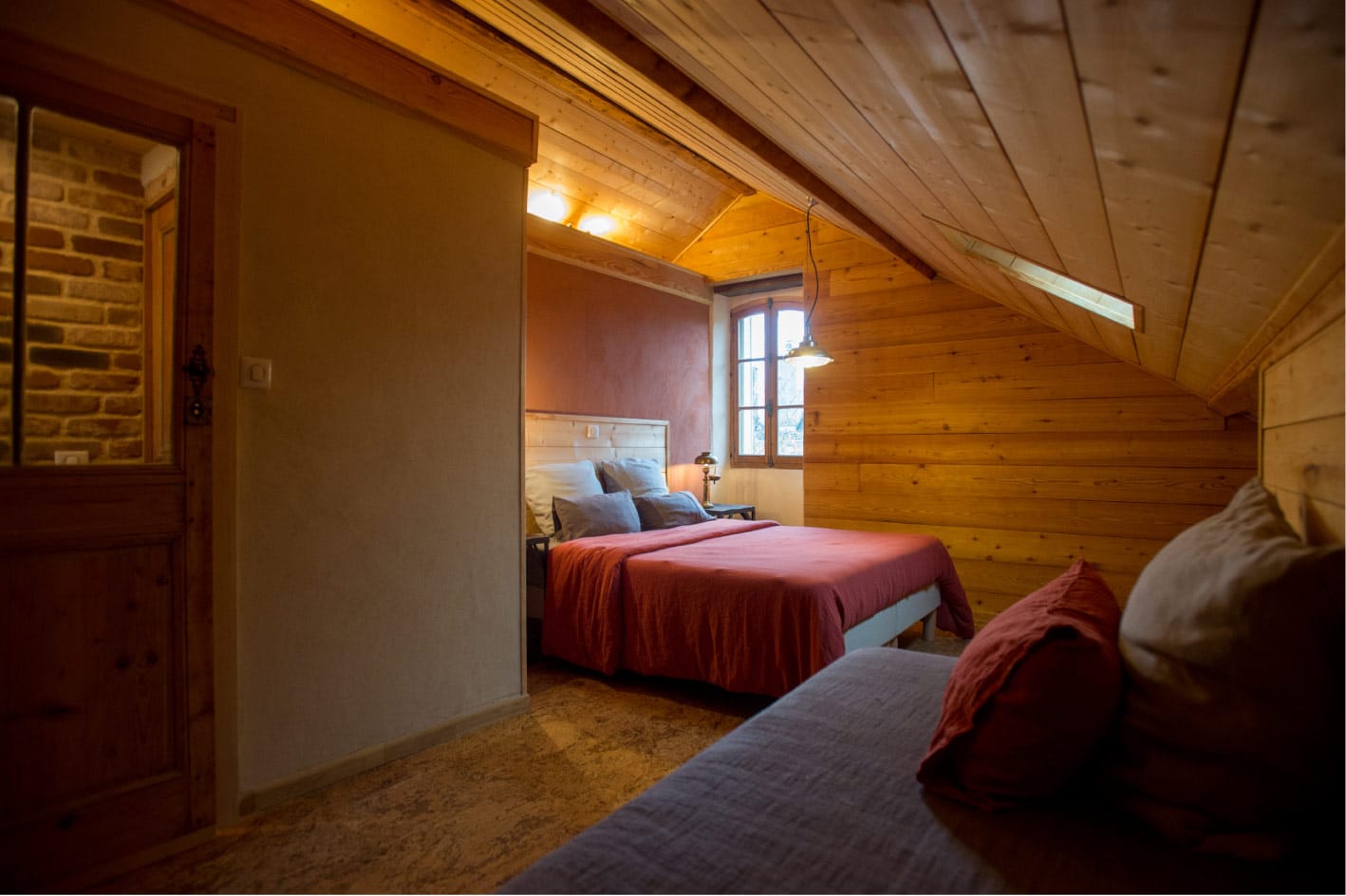 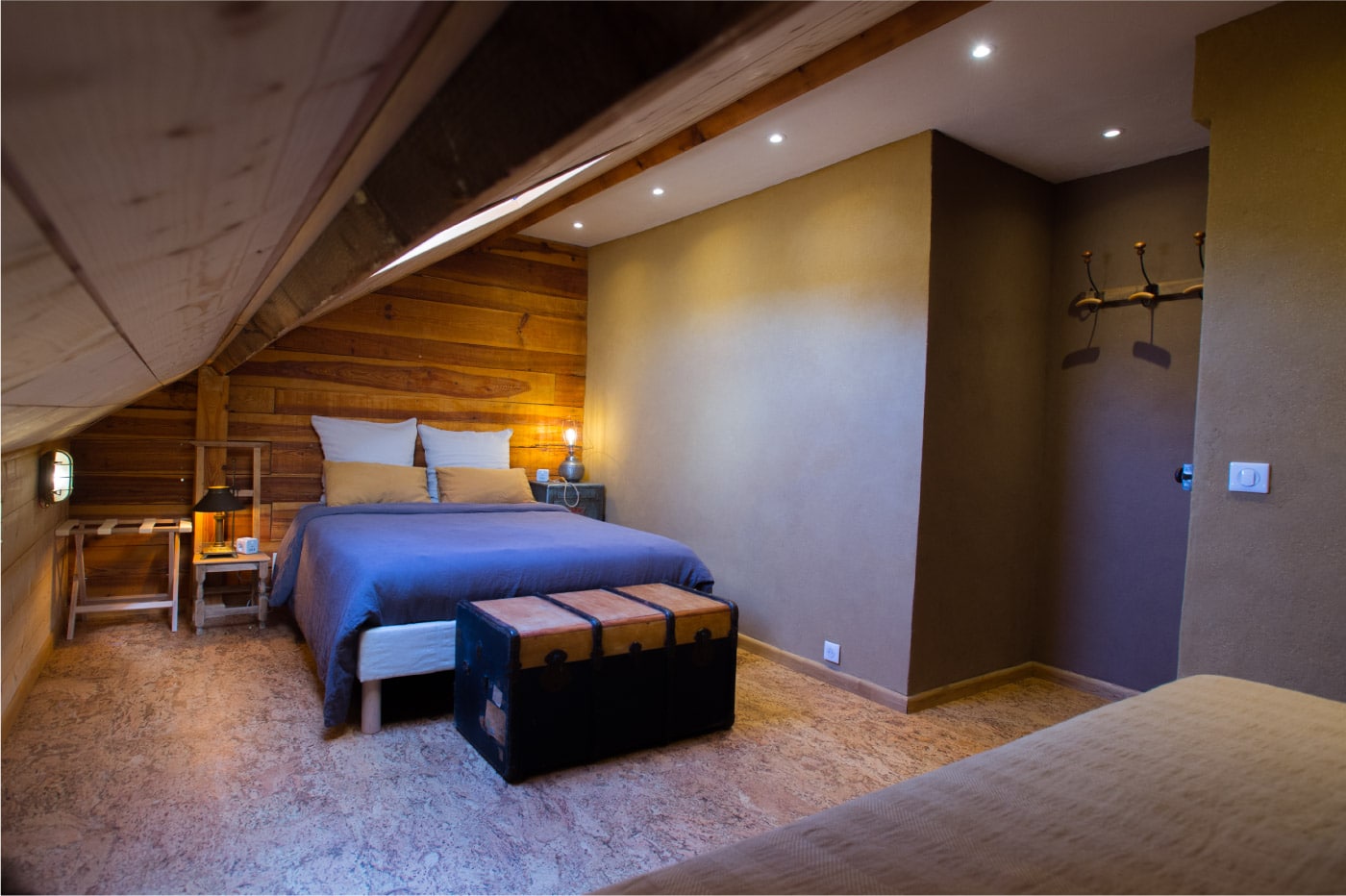 During your holidays with us, learn how to make your own bread, yoghurts or pastries. As a professional photographer, your host Christophe will also be able to teach you the basics of photography.
Book your entertainment when you arrive at our office.

Protecting the planet begins with simple actions, a fair and responsible attitude. At Le Rêve d’Aghon, we ask our clients to respect a few simple rules: do not leave the lights on unnecessarily, sort their waste, consume water reasonably…
In addition, at Le Rêve d’Aghon, we used simple and ecological materials. We have tried to work with the most local materials possible. In order to avoid waste, we have kept the original woodwork which we have carefully stripped, sanded and protected simply with linseed oil to keep the charm and aesthetics of other times.

Thanks to all these efforts, we are very happy to be part of the Green Key / Green Key International Ecolabel. Only Bed and Breakfast certified in the South West of France, we are committed to meet all criteria set by the certification label: smart waste management, control of energy and water consumption, responsible purchasing …

↑ Our wooden furniture is mostly late 19th or early 20th century from markets or flea markets, sometimes made of recycled wood or “homemade” metal.

↑ For maximum comfort, our mattresses and pillows are made of 100% natural rubber latex and organic cotton. Their 100% French manufacture is carried out in Tourcoing (France) by Matelas No Stress.

↓ The bedding fabrics as well as the table linen are made of linen or hemp from culture, weaving and 100% French production by a small family company from Saint Jean de Luz (France) (Couleur Chanvre).

↓ For the decoration, most of the objects are sourced and refer to the time of the house. Our more modern frames are made from sustainably produced wood in Saint-Lizier by Actua Concept.

↑ Our bath linen and mattress protectors are made of organic cotton grown, woven and dyed in Turkey by a French manufacturer (Aquanatura).

↑ Our crockery is made of iron earthenware from the end of the 19th and beginning of the 20th century.

TO THE ORIGINS OF AGHON….

The discovery of the waters of Bagnères-de-Bigorre, a small town in the county of Bigorre in Gascony, is lost in the mists of time… But it is assumed that the city was built almost seven centuries before the foundation of Rome, and that its springs were already successfully used.

The Romans conquered the Gauls and discovered Bagnères, which they frequented for its healthy waters. Thanks to its medicinal and mineral waters, the Romans called the city of Bagnères “Vicus Aquensis”.

The people of Bagnères, wishing to protect themselves under the protection of Caesar Augustus, built a temple which they dedicated to Diana, the emperor’s favourite god. However, an inscription, a remnant of a temple that existed near the village of Asté, is not dedicated to Diana but to another God named Aghon.

There is no trace of this Celtic God anywhere other than around Bagnères. Another discovered stele proves that Aghon was venerated long before Diana…

Aghon was actually “The Divinized Fountain”. “Agh” meaning water and “on” good.

This website uses cookies to improve your experience while you navigate through the website. Out of these cookies, the cookies that are categorized as necessary are stored on your browser as they are essential for the working of basic functionalities of the website. We also use third-party cookies that help us analyze and understand how you use this website. These cookies will be stored in your browser only with your consent. You also have the option to opt-out of these cookies. But opting out of some of these cookies may have an effect on your browsing experience.
Necessary Always Enabled
Necessary cookies are absolutely essential for the website to function properly. This category only includes cookies that ensures basic functionalities and security features of the website. These cookies do not store any personal information.
Non-necessary
Any cookies that may not be particularly necessary for the website to function and is used specifically to collect user personal data via analytics, ads, other embedded contents are termed as non-necessary cookies. It is mandatory to procure user consent prior to running these cookies on your website.
SAVE & ACCEPT